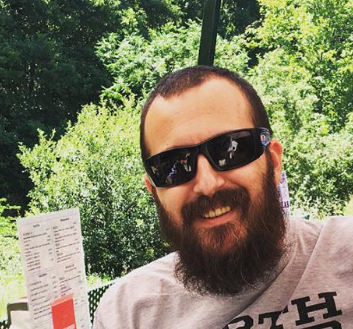 Having written code nearly every day for more than 30 years, creating software is my passion. I've done so across numerous platforms using languages that include, but aren't limited to: Ruby, Python, JavaScript (including frameworks like React), Lisp, C and ASM (z80, x86).

During the past 10 years I've been working at Firefield (https://firefield.com) as director of technology and I've been responsible for dozens of projects.

I directed all aspects of technology at Firefield, both for the company itself, but more importantly, for our clients. I supervised or personally defined the architecture and technology choices for all our prospective projects. I also managed Firefield's team of engineers tasked with implementing and deploying those technical blueprints into successful software (web applications, native mobile apps, APIs, web services, etc.)

Some of the companies and projects where I worked:

EchoWaves was a real time collaboration tool and a social network. Was built around conversations rather than users. I was a core team member and the principal contributor. I created many of the most important features and helped building the app, from back to front.

EchoWaves was featured in Jun 2009 issue of the Rails Magazine: https://en.railsmagazine.com/issues/48

Sidirect was our try to profesionalize the real state market globally

I agree to the processing of personal data provided in this document for realising the recruitment process pursuant to the Personal Data Protection Act of 10 May 2018 (Journal of Laws 2018, item 1000) and in agreement with Regulation (EU) 2016/679 of the European Parliament and of the Council of 27 April 2016 on the protection of natural persons with regard to the processing of personal data and on the free movement of such data, and repealing Directive 95/46/EC (General Data Protection Regulation)